The GDPO team is committed to promoting evidence and human rights based drug policy through the comprehensive and rigorous reporting, monitoring and analysis of policy developments at national and international levels. 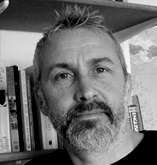 David is a Professor of International Relations and Public Policy within the Department of Political and Cultural Studies. He has been researching various aspects of drug policy for over twenty years with his main areas of interest being US drug policy, the UN and international drug policy and more recently counter narcotic strategies in Afghanistan. David has published widely on many of these and other topics, has collaborated with and produced policy reports for a range of drug policy organizations beyond academia and at present is an Associate of the ‌International Drug Policy Consortium‌ and a Associate Fellow of the ‌Transnational Institute’s Drugs and Democracy Programme‌. He is editor-in-chief of the GDPO Policy Reports, Policy Briefs and Situation Analyses‌. 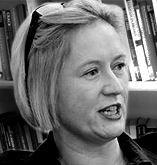 Julia is Professor of Comparative Politics in the School of Public Policy at the Central European University, Budapest and was Senior Research Officer at GDPO 2013-2014. She researches on narcotic drug markets, with a specific focus on the inter-relationship between illicit drug economies, conflict, peacebuilding, and economic and democratic transitions. She has a particular interest in the impacts of counter narcotics strategies on gender, social justice and development. In addition to a number of GDPO policy reports, her drug related publications include The Political Economy of Narcotics (Zed, 2006), the edited collection The Politics of Narcotic Drugs (Europa 2010), ‘Opportunity Lost: Alternative Development in Drug Control’ in J. Tokatlian (ed) Old Wars: New Thinking, (Libros Zorazal, 2010); ‘A History of Drug Control’ in P. Keefer and N. Loayza (eds) Innocent Bystanders, (World Bank Publications, 2010) and ‘The UK drug problem in global perspective’, Soundings, Issue 42, Summer 2009 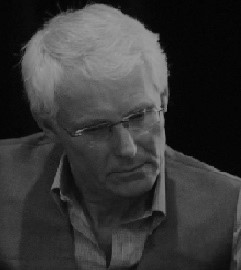 Martin Jelsma is founding director of the Drugs & Democracyprogramme at the Transnational Institute (TNI) in Amsterdam.  Established in 1995 the programme analyses trends in the illicit drugs market and in drug policies globally, publishes policy briefings and organises informal policy dialogues and expert seminars around the world. Martin has been an advisor to  the Global Commission on Drug Policy; was a member of the Organization of American States scenarios team; collaborates in the GIZ Global Partnership on Drug Policies and Development; is a member of the UNDP/ICHRDP team to develop international human rights guidelines for drug control; has worked closely with farmers involved in illicit cultivation and alternative development; has been involved in the drugs-related aspects of the peace process in Colombia and Myanmar; is a leading expert on the UN drug control system; and regularly advises governments around the world on drug policy reform options. Selected publications include Regime change: Re-visiting the 1961 Single Convention on Narcotic Drugs (International Journal of Drug Policy, 2012, with David Bewley-Taylor); rise and decline of cannabis prohibition pdf (TNI/GDPO, 2014 with Tom Blickman and David Bewley-Taylor); UNGASS 2016: Prospects for Treaty Reform and UN System-Wide Coherence on Drug Policy (Journal of Drug Policy Analysis, 2016); and Cannabis Regulation and the UN Treaties – Options for Reform (GDPO/TNI et. al. 2016). 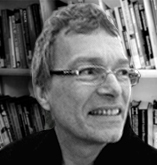 Axel has been working on the development / security nexus as a Team Leader and expert for the European Commission funded Cocaine Route Programme. With projects in West Africa, Latin America and the Caribbean, the programme was designed to tackle transnational organised crime and drug trafficking. The challenge was to direct partners away from seizures to in depth investigations, and in constructing an accountability framework.

Working with law enforcement and judicial authorities has been the unintended consequence of a long standing interest in drug issues and particularly the trans-cultural dimension in the spread of substances, habit and policy responses. Axel’s publications have looked at the policy environment (Drugs and the World, 2009), the tensions between cultural phenomenon and international prohibitions (Caribbean Drugs: from criminalisation to harm reduction, 2004), and the development dimension (The Khat Controversy: stimulating the debate on drugs, 2007). In addition, he has been working on the behavioural complex conventionally captured under the label ‘addiction’ and the range of interventions and treatments, an interest he continues to pursue as editor of the journal Drugs and Alcohol Today. 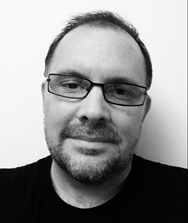 Rick Lines is known for his leading work in areas including international drug control law, prisoners’ rights, harm reduction and the death penalty for drug offences. His recent work focuses on the relationship between international drug control law and international human rights law, and on frameworks for treaty interpretation between these two legal regimes. Rick worked as Executive Director of Harm Reduction International in London and was Visiting Professor at the Centre for Criminology, University of South Wales as well as Chair of the International Centre on Human Rights and Drug Policy at the Human Rights Centre, University of Essex, where he was Visiting Fellow. Rick holds Masters Degrees in both Sociology and International Human Rights Law, and a PhD in Law. He is author of Drug Control and Human Rights in International Law on Cambridge University Press. Rick is currently Associate Professor of Criminology and Human Rights in Hillary Rodham Clinton School of Law at Swansea Univerity. See https://www.swansea.ac.uk/staff/law/ricklines/ 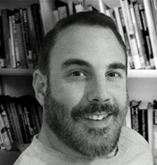 Martin is a Research Officer with the GDPO, and a Ph.D. Candidate at Swansea University. He is a Lecturer in International Relations in Cardiff University's School of Law and Politics. He is also Project Lead on the GDPO's Crypto-Drug Markets project. He holds an MA (Distinction) in International Politics from Hull, and a BScEcon (Hons) in International Politics and Strategic Studies from Aberystwyth.  His Ph.D. is entitled ‘Crypto-Drug Markets and the Global Drug Prohibition Regime: A Unique Threat?' The study investigates the transnational crypto-drug market phenomena and the associated challenges for drug control policy, including at the domestic and international levels. Martin's PhD research operates within - and contributes to - international relations regime theory. Martin's recent publications for the GDPO include Policy Brief 11 Hard Interventions and Innovation in CryptoDrug Markets The escrow example, the Situation Analysis Updating Escrow: Demystifying the CDM multisig process, a co-authored methodological piece entitled Corpus Linguistics Methodology on the Silk Road(s): the escrow example as part of a package of work funded by Cherishde, and an assessment of UK parties' drug policy manifesto pledges UK General Election 2017: Where do the parties stand on drug policy? 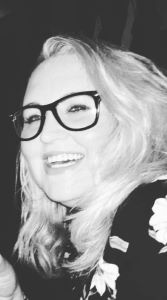 Branwen has worked at Swansea University since 2006 but had previously gained a BA Hons and MBA from Swansea University. Before joining the GDPO in November 2018 she previously worked in the Department of American Studies and the International Development Office and currently also works part-time in Academi Hywel Teifi. 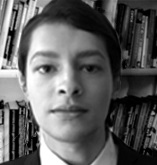 Khalid is the Executive Secretary of the Global Commission on Drug Policy, where he previously worked as a Policy Analyst starting 2013. Khalid researched the health dimension and approaches to illicit drugs through a Visiting Fellowship at the Graduate Institute of International and Development Studies, Geneva in 2015-2016. His publications focus on drug policy and its link with health, governance, and a focus on the MENA region. Khalid has also briefly worked on national drug policy in France, at the Ministry of Urban Cohesion, and holds a PhD in political science

Constanza Sánchez Avilés is a political scientist and holds a PhD in International Relations and International Law. Her work focuses on political economy of illicit drugs, transnational organized crime and national and international drug policies, issues on which she has published several papers and book chapters. From 2007 to 2013 she worked at the Department of International Law and International Relations at Universitat Pompeu Fabra. She has been visiting scholar at the University of Miami (2010), the Justice in Mexico Project at the University of San Diego (2012) and Research Assistant at the Global Drug Policy Observatory at Swansea University (2013). She conducted fieldwork on drug policies in Peru, the United States, Mexico and the US-Mexican border and collaborates with several drug policy research institutions.

Constanza currently coordinates the Law, Policy and Human Rights activities at ICEERS Foundation, including legal defense for ayahuasca partitioners who are prosecuted, policy reform activities and the development of reports about this subject matter. In this regard she coordinates the Ibiza Expert Committee for the Rularization of Psychoactive Ethnobotanicals created at the World Ayahuasca Conference in Ibiza in September of 2014, and the Teacher Plants Legal Defense Fund

‌‌Ross has been researching and writing about conflict, social justice, human rights and drug policy for over 5 years. For two years he was based in Latin America, primarily Colombia, where he researched paramilitary violence in rural areas and took part in numerous human rights delegations, often accompanying communities under threat. His publications include a series on the Afghan war for the Norwegian Peacebuilding Resource Centre (NOREF) - Russia, Afghanistan and the Great Game, Russia, the U.S. and Drugs in Afghanistan, The War for Afghanistan - and reports for the Amsterdam based Transnational Institute (TNI) - A Veritable Revolution: The Land Restitution Law and the Transformation of Rural Colombia, Eyes Wide Shut: Corruption and Drug-related Violence in Rosario. Ross was previously the Samuel Rubin Young Fellow at TNI. He holds an MA in International Relations from Webster Graduate School, and a BSc in Economics from the University of York 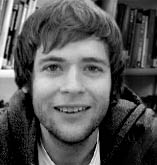 Allan currently holds the post of ESRC Global Challenges Research Fund Fellow at the School of Social and Political Sciences, University of Glasgow.  His project is titled, ‘Illicit Drug Economies, Governance and the Security-Development Nexus in the Global South: a Case Study of State-Narco Networks in Post-Transition Bolivia’.  As such, the project engages with debates around the relationship between illicit drug economies and sustainable development, and the future of international counterdrug policy. This builds on Allan’s PhD research, examining interactions between the Bolivian state and the drug trade in the context of an escalating US ‘war on drugs’ in the Andes (1982-1993).  Moving beyond the conventional assumptions of ‘drugs, violence and instability’, the thesis reveals how the drug trade became interwoven with informal forms of governance, political order and processes of transition. 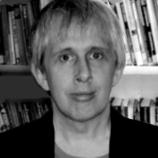 Christopher Hallam obtained his PhD from the Centre for History in Public Health at the London School of Hygiene and Tropical Medicine. His thesis was supervised by Professor Virginia Berridge. He trained as a historian, and his PhD research is entitled ‘Script Doctors and Vicious Addicts: Subcultures, Drugs, and Regulation under the “British System”, c.1917 to c.1960’, studying a period and geography having had very little prior academic attention

Prior to this, he worked as a research assistant at the Institute of Psychiatry at Kings College on the RIOTT project, studying the prescription of opioids in injectable form to long term heroin users. This involvement gave rise to his co-authorship in a number of peer-reviewed journal articles:Treatment expectations and satisfaction of treatment-refractory opioid-dependent patients in RIOTT, the Randomised Injectable Opiate Treatment Trial, the UK’s first supervised injectable maintenance clinicsand Methodology for the Randomised Injecting Opioid Treatment Trial(RIOTT): evaluating injectable methadone and injectable heroin treatment versus optimised oral methadone treatment in the UK.