How do today’s Engineering students feel about the Climate Crisis? 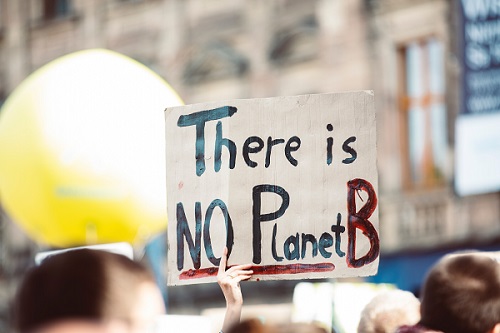 On the heels of autumn’s Global Climate Strike, we wanted to shine a light on the perspective of the Engineering students here at Swansea University. Are they optimistic that they and their peers can make a difference? Or resigned to the fact that the generations before them have taken things past the point of no return? And how is all of this shaping their perspective on a career in engineering?

There are no heads buried in the sand

"The climate and ecological crisis is unequivocally the greatest problem facing society today. The implications […] make me extremely fearful for the future and cause me great distress and anxiety." (Alex W)

"Being reminded of impending catastrophe coupled with the seeming lack of sufficient action from those in positions of power is very unsettling." (Joshua S)

"Despite the evidence that things need to drastically change by 2030, Governments are still only pledging to make a change by 2050, seemingly missing the point" (Gareth G).  Vlad G agrees: "If there is a climate change emergency already, wouldn't such a long time just make the effects irreversible and, potentially, catastrophic?"

They believe in the power of the individual

"Being sustainable often requires compromise, but thankfully on things that we don't really need. People often underestimate their influence in this world." (Joshua S)

"It frustrates me that such simple tasks to reduce our impact on the environment, such as recycling, is too much effort for many people to bother with; in particular, those who will live their entire lives being constantly bombarded with the real threat of climate change, yet blatantly ignore it for their own personal good." (Alexander J)

All of our respondents have made practical changes in their day-to-day lives in order to reduce their carbon footprint. Alex and Bill detailed the decisions they have made:

Alex W: "I am extremely mindful of my individual impact […] I am extremely reluctant to take flights from now on and would actively look at maximising sustainable public transport methods […] Recycling as much as possible, including non-standard recycling schemes such as Terracycle in the University for crisp packets and stationary […] Campaigning for systemic and structural changes from local and national government and other organisations that benefit the environment".

Bill G: "I sold my car, fitted solar water heating, quit my job and embarked on a PhD as a mature student studying renewable energy."

Their career choices are heavily influenced by the situation

Joshua S: "I am part of the generation tasked with finding solutions to these problems and want to play my part. Any company with the same goal definitely piques my interest."

Bill G: "Environmental issues are determining everything. My dream is to make fuel, which turns out to be far more feasible than many people realise."

Ed S: "I can imagine that there'll be a sudden surge in sustainability and laws will become more stringent and this will have an impact on the existing standards of practice."

Alister H: "As an aerospace engineer […] I'm currently on the lookout for employment in areas such as sustainable fuels and electric aircraft, so that I can play my part in steering the industry towards a greener future, or using my degree to secure a job in the renewable energy sector."

Alfie S: "I have specifically been applying for EngD’s which I feel would have a positive impact on climate change, especially aircraft materials, as increasing efficiency of aircraft would have a drastic effect."

As you might expect of engineers - they remain resolutely solution-focused

"[The news coverage] gives a sense of despair as to our current situation and ultimately it seems to prevent a real discussion as to what needs to be done" (Tristan H M). Alister H agrees: "The amount of coverage and scale of the problem can desensitise you to the issues, but it is important to remain optimistic and hopeful."

"To only be using non-plastic straws or reusable cups without changing anything else is not tackling the real problems that need to be solved. These appear to be token solutions without addressing the larger question that we as a global society face. […] It is now necessary to build infrastructure that can cope with extreme weather events, i.e. managing flooding for coastal areas. Cities and infrastructure will flood and they need to be designed in such a way than when this happens it does not paralyse affected areas." (Tristan H M)

Gareth G: "Motivating communities to go "green" is probably the answer because this will lead to the growing unpopularity of big emitters and the realisation of the impact they are having."

Gus A: "More could be done to communicate with the public on the strategy that governments are taking to tackle the major climate crisis contributors."

Alfie S: "Even if you only work in a call centre you should push to make sure everything is done at the company to reduce emissions an increase efficacy. […] With the rate of climate change, totally green energy can not be deployed by 2050, we need large investment in green and Nuclear. […] To save our world before 2050, we need to take economic risks and we need to get past old stigmas and trust in science."

If Engineering students at Swansea represent the voice of the next generation, it really does feel that there is hope for our planet. We’re behind them – in more ways than one – every step of the way.

Have your say on how Engineering @ Swansea could do more to support the cause – email Fay f.c.hutchinson@swansea.ac.uk