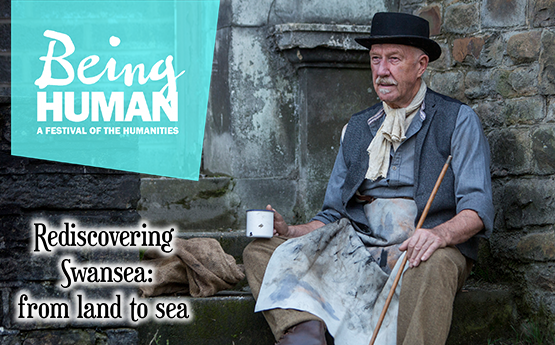 A free family fun day all about Henry VIII’s warship the Mary Rose is to headline this year’s Swansea University's Being Human Festival hub, and visitors are welcomed to climb aboard for fantastical adventures on the high seas.

The event will feature talks, performances and wandering minstrels and there will be the chance to create a Tudor play, dig for buried treasure and learn fascinating facts and sinister secrets about life on board this infamous ship and much more. There will also be the opportunity to visit an exhibition of treasures from the Mary Rose, which brings to life the fascinating world of the Tudor warship and its crew which was lost in battle in 1545.

The Being Human Festival, the UK’s national celebration of the humanities, is led by the School of Advanced Study, University of London, in partnership with the Arts & Humanities Research Council and the British Academy.  The Swansea hub will be delivered by the Cultural Institute at Swansea University in collaboration with a range of partners from the Swansea Bay area.

The Festival, which runs from 14th November to 23rd November, will have the theme of Rediscovering Swansea: from land to sea, and includes a full programme of creative activities, performances, workshops and discussions. Event topics range from Pinocchio reimagined in a modern western society, the brilliance of Sherlock Holmes, the sinister world of assassination throughout the ages, to Swansea’s influential industrialist Vivian family.

The Being Human Festival programme will also feature the prestigious Annual Richard Burton Lecture.  Welsh composer Rhian Samuel will share her experiences as a composer of classical music in the USA and the UK in her lecture, entitled ‘Now I Become Myself: a Woman’s Voice in Music and Poetry.

The lecture, hosted in partnership with Swansea University’s Richard Burton Centre, will be at the Great Hall at the University’s Bay Campus on Wednesday 20th November at 7pm until 8.30pm.

In the lecture, Rhian will be reflecting on the past when women composers were an extreme rarity, to discussing how much more prevalent they are today and how this change has enriched our culture. She will be joined by soprano Siân Dicker who will be accompanied by Kristal Tunnicliffe on piano for a performance of Cerddi Hynafol (Ancient Songs), settings of three medieval Welsh texts apparently by women, and the song ‘Before Dawn’ set to a poem, ‘Mourning to Do’, by American May Sarton.

Dr Elaine Canning, the Cultural Institute's Head of Cultural Engagement and Development, said: “We are delighted to be hosting a festival hub as part of Being Human 2019 and wish to thank the festival organisers for giving us this exciting opportunity to bring our research into the community once more."

Learn more about the event programme.