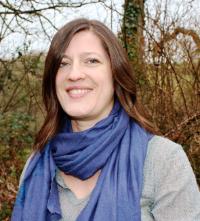 Kirsti Bohata works in the fields of Welsh writing in English and postcolonial theory, with particular interest in the late ninteteenth century. An interest in interdisciplinary research has led to funded projects on disability and literature, literary geographies and digital humanities.  Current research focuses on women's writing from Wales. She is Director of CREW (the Centre for Research into the English Literature and Language of Wales).

RESEARCH INTERESTS AND AREAS OF SUPERVISION

AHRC Fellowship (2012): Difference and Desire: homoeroticism, gender and nation in the life and fiction of Amy Dillwyn (£40,069)

National Adviser to the Arts Council of Wales

Co-Editor (with Daniel G. Williams) of the Writing Wales in English Series (University of Wales Press)

Director, CREW: Centre for Research into the English Literature and Language of Wales, Swansea University

Member, Advisory Board of the Arts and Humanities Research Council (AHRC) 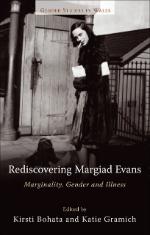 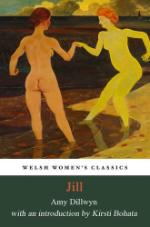 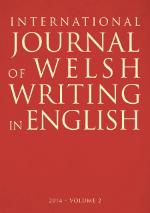 2003 'Apes and Cannibals: Literary Representations of the Racial Other', in A Tolerant Nation? - Exploring Ethnic Diversity in Wales, ed. by Charlotte Williams, Neil Evans and Paul O'Leary (Cardiff: University of Wales Press), 61-76.

2001 'Beyond Authenticity: Hybridity and Assimilation in Welsh Writing in English', in Nations and Relations: Writing Across the British Isles, ed. by Tony Brown & Russell Stephens (Cardiff: New Welsh Review), 89-121.

2012 Co-authored with Steven Lovatt, 'The Russian Rioter: Amy Dillwyn's The Rebecca Rioter in Otechestvennye zapiski, in Almanac: A Yearbook of Welsh Writing in English Vol 16 (2012) 1-30.

2002/03 '“For Wales See England”? Suffrage and the New Woman in Wales', Words as Deeds: Literary and Historical Perspectives on Women's Suffrage, a special issue of Women's History Review, guest ed. by Ann Heilmann, 643-656.

2000 'Apes and Cannibals in Cambria: Images of the Racial and Gendered Other in Welsh Gothic Writing', in Welsh Writing in English: A Yearbook of Critical Essays Vol. 6, 119-143.

2012 'Amy Dillwyn and the Rebecca Rioter', a lecture and literary tour, 21 July.

2012  ‘Before Sexology: Masquerade, Inversion and Welsh Nationalism in Amy Dillwyn’s Novels and Diaries’, at ‘Sexology and Translation: Scientific and Cultural Encounters in the Modern World, 1860-1930’, a two-day symposium at Birkbeck, University of London, 14-15 June 2012, Funded by the Wellcome Trust and BiGS.

2011, with Steven Lovatt, 'Rioters and Revolutionaries: The Russian Rebecca Rioter', Wales and Revolution, Annual Conference of the Association for Welsh Writing in English, Gregynog, Newtown

2010, 'Cross-class Eroticism in Nineteenth-Century Lesbian Literature', Canons and Canon-Building: Framing the Literatures of Wales, Annual Conference of the Association for Welsh Writing in English, Gregynog, Newtown

2008 'Tethered Women in Cow Halters: George Moore's The Untilled Field and Caradoc Evans's My People', George Moore and His Contemporaries, University of Hull

2008 '"Off with that dress!" Costume, Class and Disguise in the fiction of Amy Dillwyn', NAASWCH, Toronto University, Canada

2004 Hilda Vaughan and the Great (land) War, at 'Wales and War', Association for Welsh Writing in English Conference, Gregynog, Newtown.

2001 'Woman as Wales: Performing Nation and Empire', at 'Victorian Performances: The Second Annual Conference of the British Association for Victorian Studies', Lancaster.

2001 'Conflicting Loyalties? Feminism and Nationalism during the Cymru Fydd movement in Wales (1888-1905)', as a member of a panel on 'Print Culture on the Periphery', chaired by David Finkelstein (Queen Margaret University College, Edinburgh), at the annual conference of the Society for the History of Authorship, Reading and Publication, College of William and Mary, Williamsburg, Virginia.

2001 'Conflicting Loyalties?: Feminism and Nationalism in Wales', at 'The 1890s: An Interdisciplinary Conference', Newcastle.

2000 'Apes and Cannibals in Cambria: Images of the Racial and Gendered Other in Gothic Writing in Wales', at 'Wales and the Welsh 2000', Aberystwyth.

2000 'Apes and Cannibals in Cambria: Images of the Racial and Gendered Other in Gothic Writing in Wales', at 'Wales and the Welsh 2000', Aberystwyth.